The first ever Euro-African Kampala Film Festival (EAKFF) yesterday opened in grand fashion at Theatre Labonita with a promise of strengthening cultural ties between Uganda and Europe.

Organized by European diplomatic missions in Kampala in partnership with Maisha Film Lab and other cultural institutions, the festival would have debuted last year had it not been for some financial and logistical hitches.

But the delay seemed to have only raised the public’s excitement and love for the festival, at least basing on the audience turn-up. By 5pm, eager film lovers had already found their way to the city-based theatre. 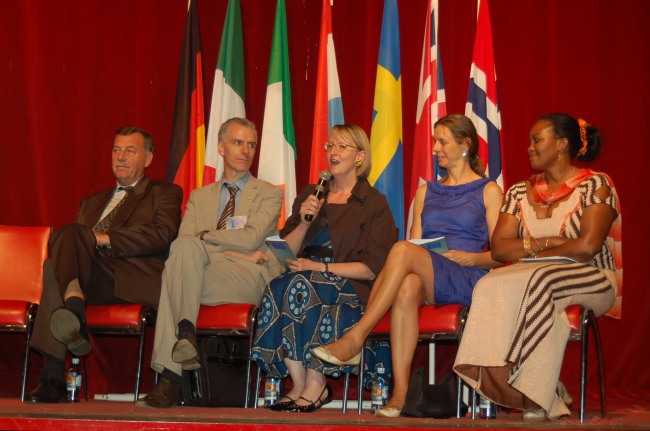 SUPPORT: European countries’ ambassadors in Kampala spoke of how there is a growing interest in African stories and talents by European filmmakers, and committed to root for Ugandan cinema.

And the organizers wasted no time in lavishing their guests with free drinks and food before the opening ceremony would eventually commence at 7pm. But first, there was a brief press conference in which over 12 ambassadors discussed their respective country’s plan for Ugandan cinema.

“We (EU) hope to use this platform to facilitate intercultural exchanges between Africa and Europe by screening the best films from either continent. We are particularly looking at future collaborations between Ugandan and European artistes,” the EU ambassador to Kampala, Kristian Schmidt, told journalists.

Schmidt explained that there is an urgent need to tap into European filmmakers’ growing interest in African stories and generally African cinema. If well harnessed, he said, it could lead to the two continents emerging as the new frontier in word cinema.

VIPS: Yesterday’s opening fete was graced by hundreds of guests including high profile personalities such as this ensemble of diplomats pictured posing with Maisha’s Fibby Kioria (m).

And there is a large amount of merit to his assessment, especially given the shared similarity between Ugandan and European cinema. For example, both are known to root for authentic storytelling and portrayal of human interest stories rather than Hollywood’s glitzy style involving use of cutting-edge digital trickery and shrewd marketing.

Now, however, some critics feel time is up for Hollywood as the world yearns for more relevant and artistic films – those made Europeans and African artistes.

“This festival is a starting point to a long partnership that will involve exchange of knowledge, capacity building and increased funding for Ugandan filmmakers,” said Maisha’s programmes director, Fibby Kioria.

ICONIC: Considered France’s best film of all time, The Intouchables will screen at the Euro-African festival on Tuesday next week.

Already, EU is running the EU-African Culture+ Programme (EU-ACP) which supports cultural industries in Africa, the Caribbean and the pacific. Three EU-ACP funded films are participating at the festival.

EU will also fund Maisha’s four screen writing labs this year, and hopes to continue working with other local cultural institutions and film authorities to boost the emerging industry.

“We will however for the third time in a row not hold our annual production lab in Kampala due to lack of funding,” Kioria said, dismissing claims Maisha has permanently shifted base to Rwanda.

BEST IN AFRICA: Ousman Sembene’s Moolaade, a poignant portrait of the dangers of female genital mutilation will screen tomorrow.

But like any other festival, EAKFF is heavily banking on screenings to charm movie lovers. A total of 45 outstanding movies from Europe and Africa are lined up to screen during the seven-day course.

Yesterday’s opening film was a Ugandan short that has been generating buzz at international festivals since its release late last year. Directed by Peter Tukei and funded by a Danish initiative, Walk With Me follows a little girl’s interpretation of life and death through her mysterious imaginations. The 13-minute film raked up a nod in Netherlands last month.

Hit Danish feature In a Better World followed with its captivating story of two school boys growing up in cruel environment where forgiveness and revenge almost mean the same thing. The film won the 2011 Oscar for Best Foreign Language. 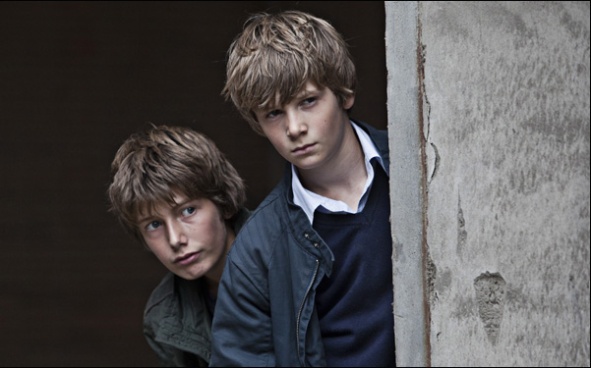 A total of six other hit films screened today, including Searching for Sugarman (UK), We Shall Overcome (Denmark) and Uganda’s Guno Mukwano. Tomorrow’s lineup includes among other films, Izulu Lami (South Africa) Malavoglia (Italy) and Uganda’s Zebu and the Photo Fish.

Also to look out for at the festival is what is considered one of the finest African films of all time, the Senegalese drama about female genital cutting, Moolaade; France’s all-time highest grossing film, The Intouchables; and the Rwandan genocide portrait, Imbabazi.

Gates open at 1pm every day, and the festival ends on Wednesday next week. All screenings are free of charge, so go catch the best of African and European films.